Pix Spam: BTS Photos of Sealed with a Kiss

- December 25, 2011
☃ ♥ ♥ ♥ ♥MERRY CHRISTMAS! ♥ ♥ ♥ ♥ ☃
I wish you all have a very very fun-filled joyful Christmas and get a TON of presents that you like! I must also thank everyone who has been following/reading my blog and leaving comments for me. I love to read what you all have to say and try to reply as much as I can. For those of you wondering what happened to  my translation project, I'm still working on it and not giving up yet. The same goes for drama recaps. In the meantime, I put together these photos to let Sealed with a Kiss fans take a look at the cast and crew during the filming process. 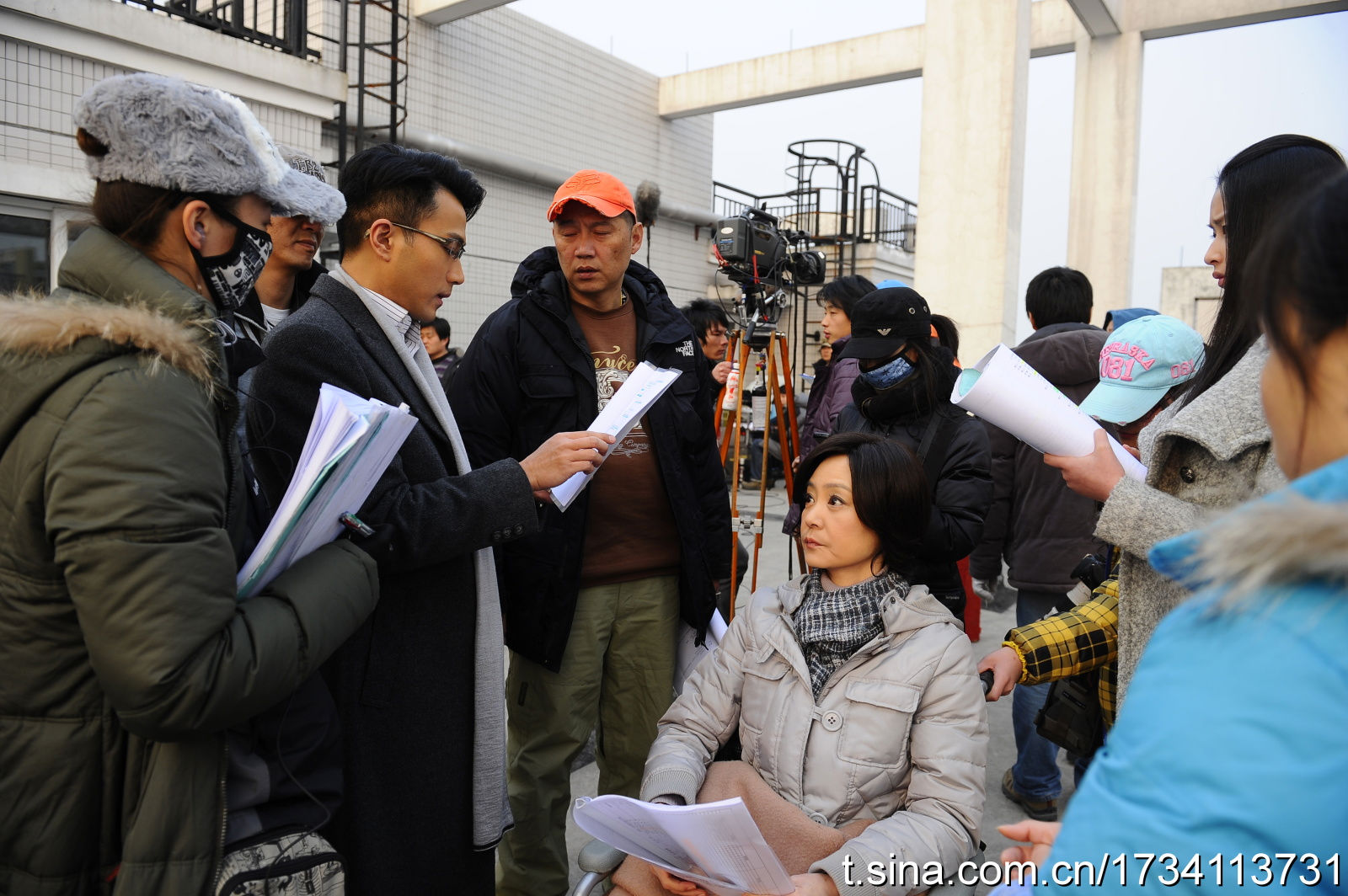 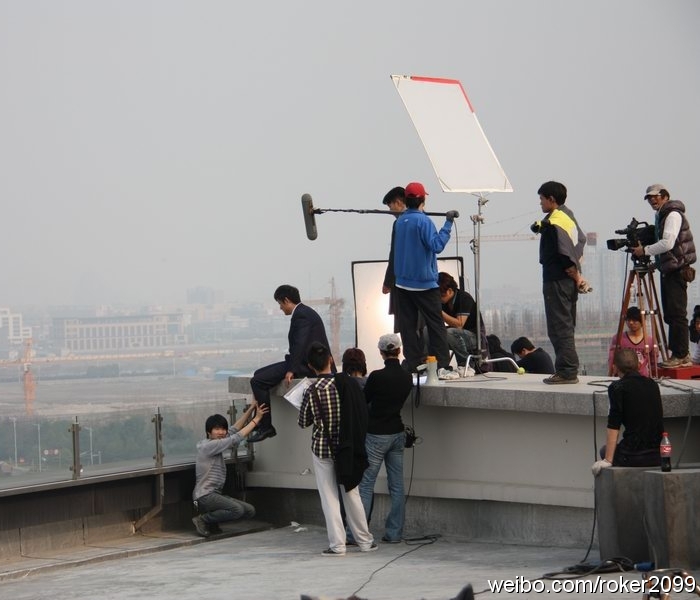 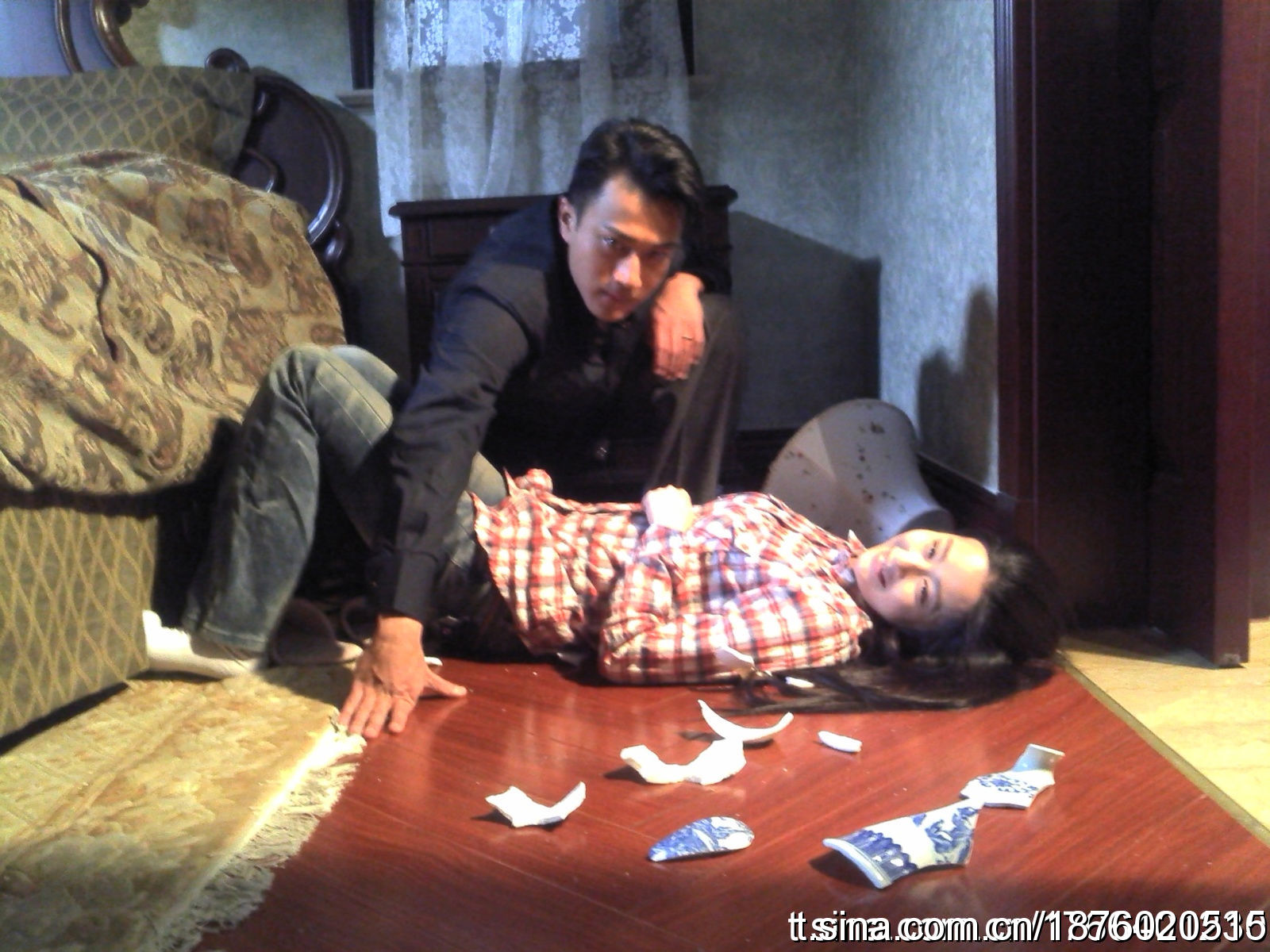 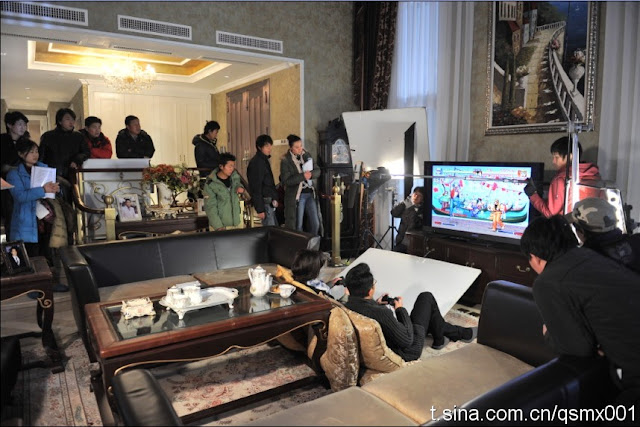 The man wearing the orange cap is the Taiwanese director, Yang Xuan. 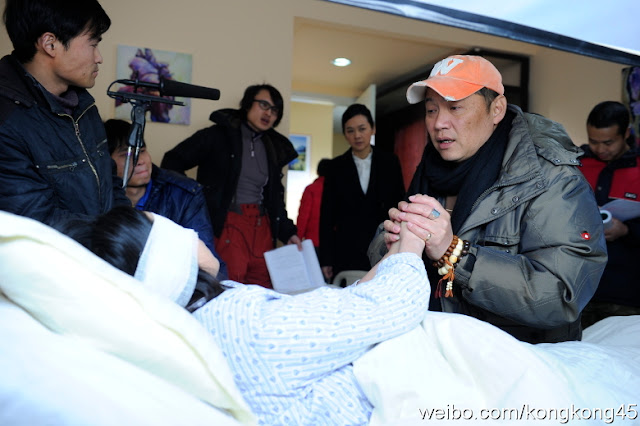 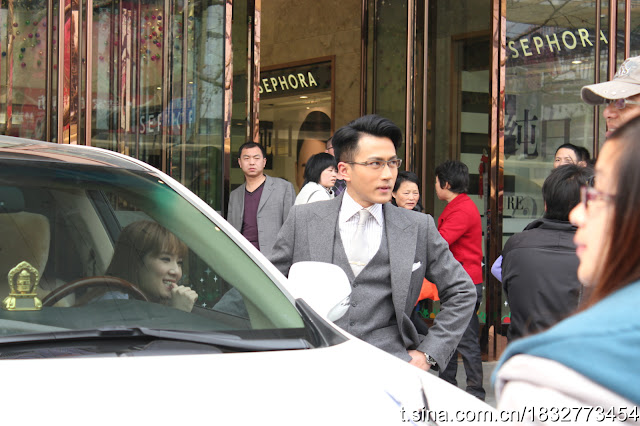 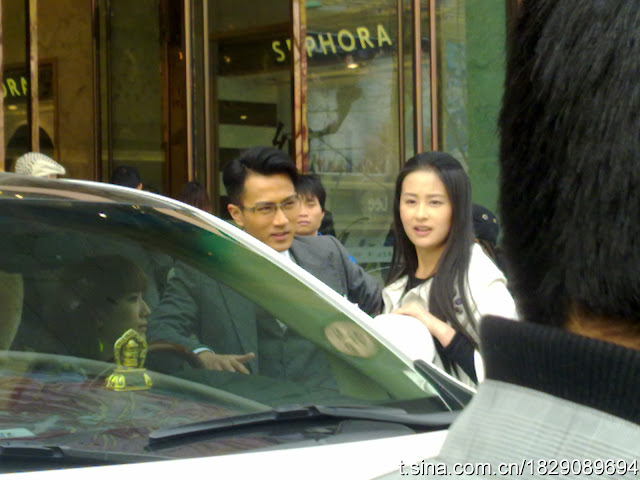 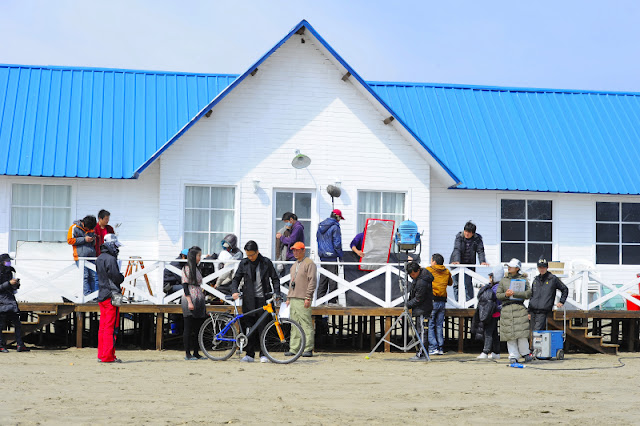 I don't know identity of this this crew member. I think he might be the lighting director or cameraman. Anyway, it seems like he loves to give people a cuddly hug whenever he take a photo with them, so Mo Shaoqian didn't escape his bear hug. LOL.


A different side to Mu Yongfei...well it's more like Wen Zhengrong's true side.


My favorite Trio in the series. Actually, I like Yueying too. 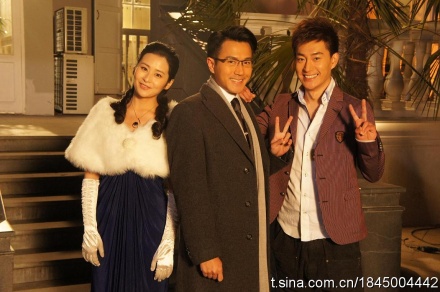 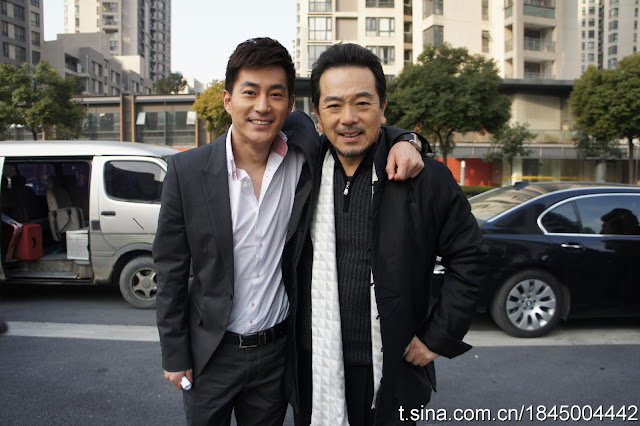 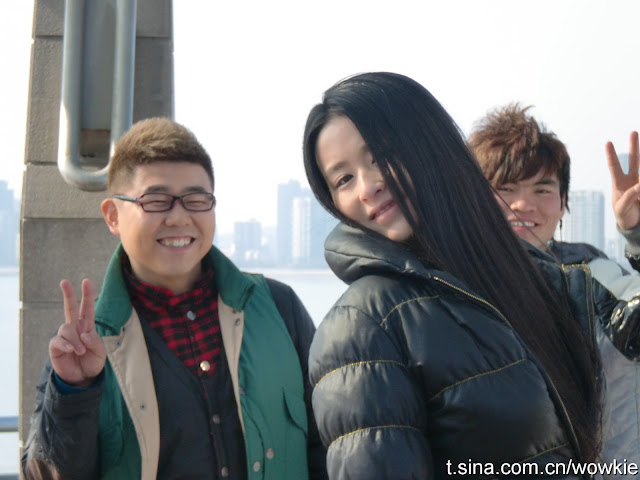 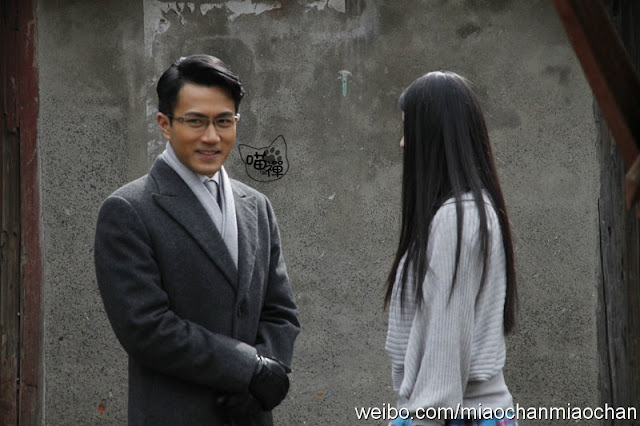 What a good way to keep warm!

Ying'er and the child actress who played the younger Tong Xue. Unfortunately, all of her scenes were cut from the final product. 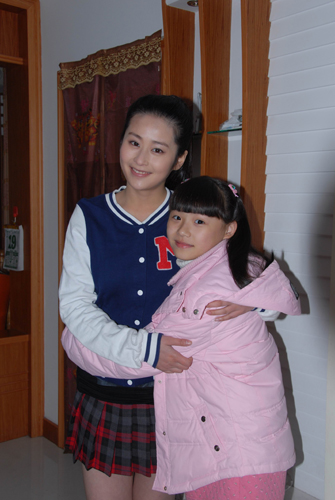 I don't remember seeing this shot in the drama. The only scene Tong Xue ever wore Mo Shaoqian's blue dress shirt was the bathtub tuggle scene, but at that time, Mo Shaoqian was "naked" in the bathtub and not wearing his black striped robe. 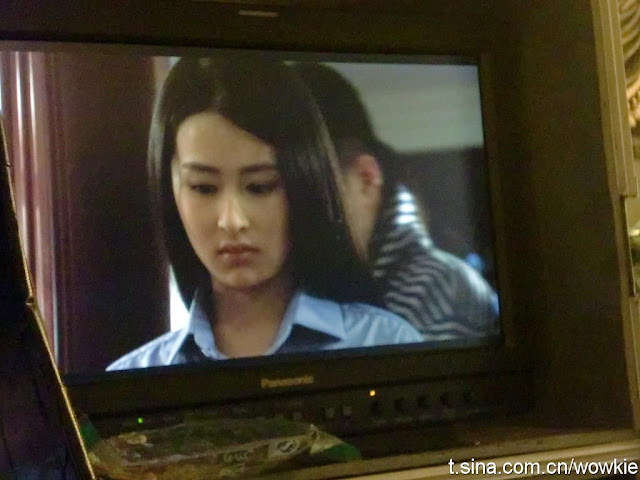 Hawick and Ying'er had to shoot the bathtub scene twice because the first time that Ying'er put her foot in the bathtub, the director complained her step was too "masculine" or "unladylike." LOL. So they had to dry her up again and redo the shot. 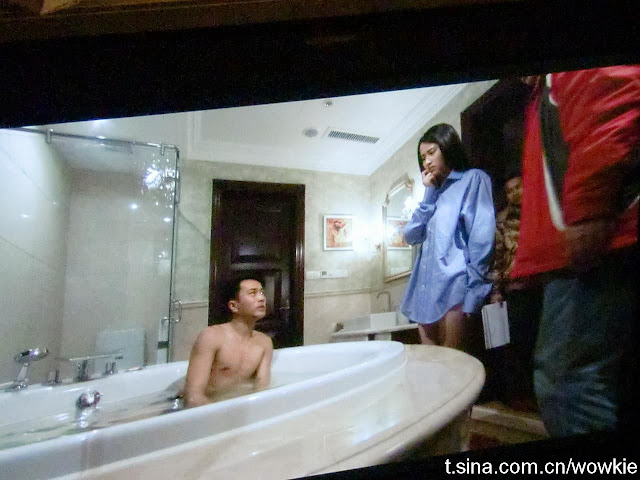 I really admire professional actresses/actors for their good memory. They not only have to memorize their lines, but also simultaneously emote with appropriate body language to bring their character to life. 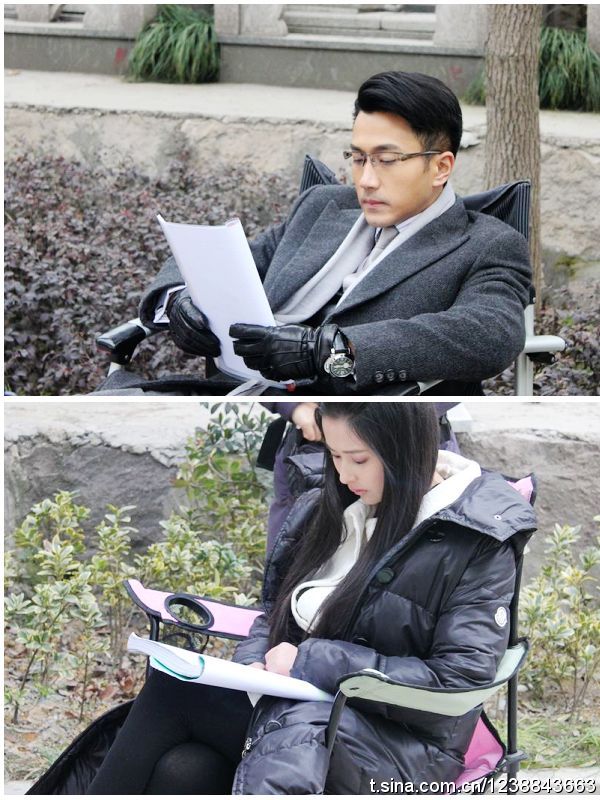 The author of novel actually visited the film sets in March and took pictures of main leads. Even though Ying'er looked plumped sometimes in the drama, the novelist commented that she was actually really thin in person. Hawick seems like such a prankster in real life, which is a complete contrast to his character Mo Shaoqian. 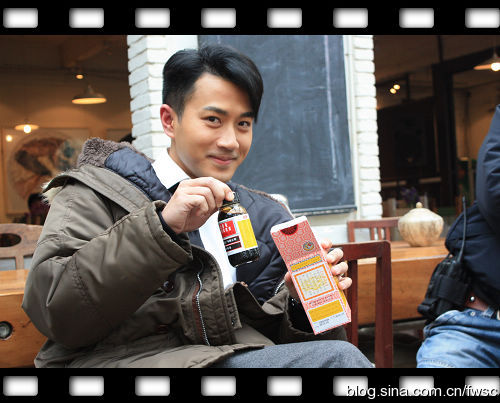 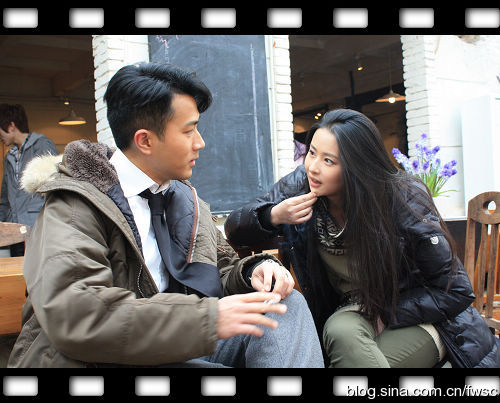 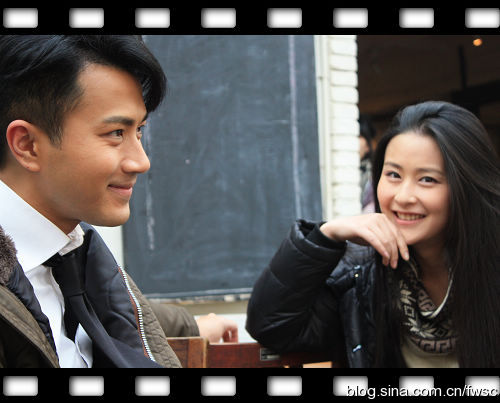 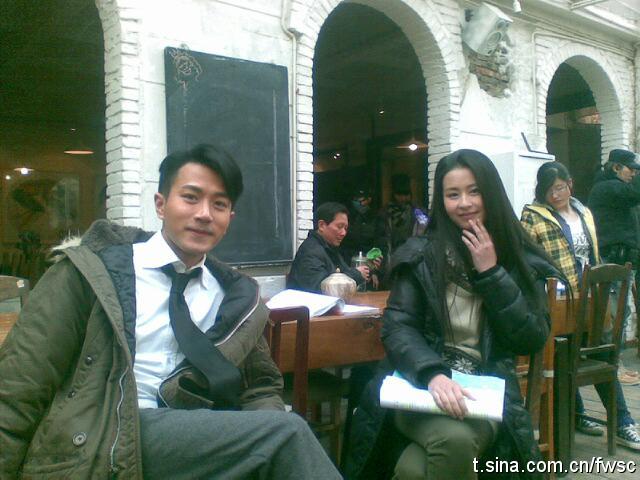 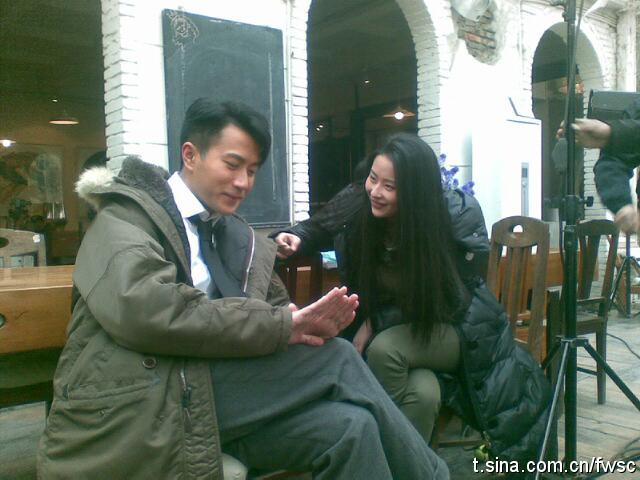 I honestly think the "best couple" of the series is not Tong Xue and Mo Shaoqian, but Mo Shaoqian ♥ Mu Zhenfei. Alright, I'm just joking! 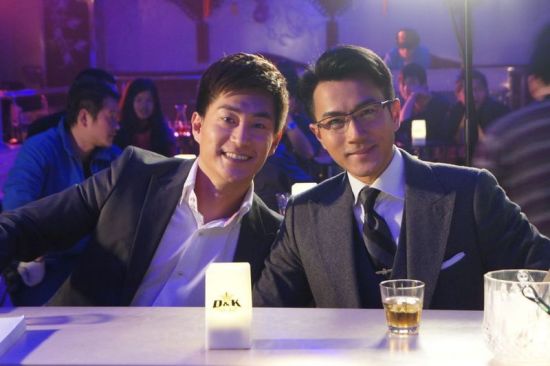 Ying'er and Hawick went to Pusan to do some promotion and record the theme songs for the drama. The production company also hired a Korean music composer to write the musical pieces and he directed their singing techiques. 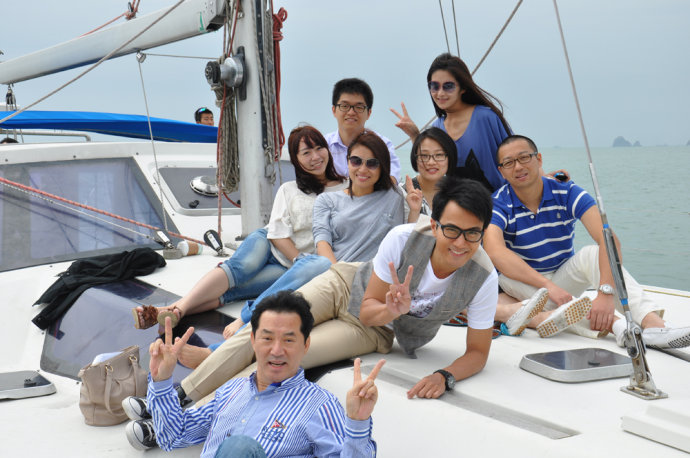 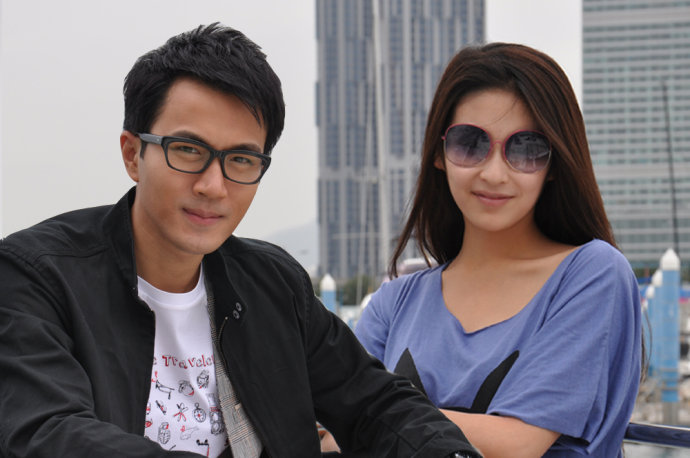 Sealed with a Kiss (SWAK) 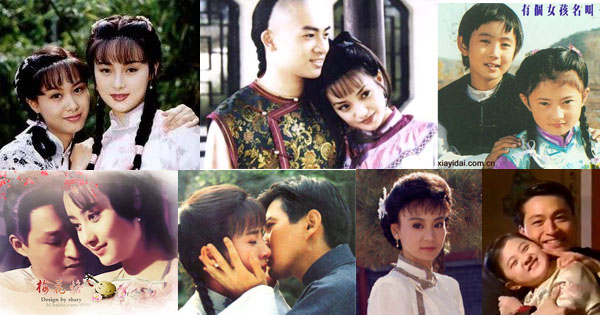